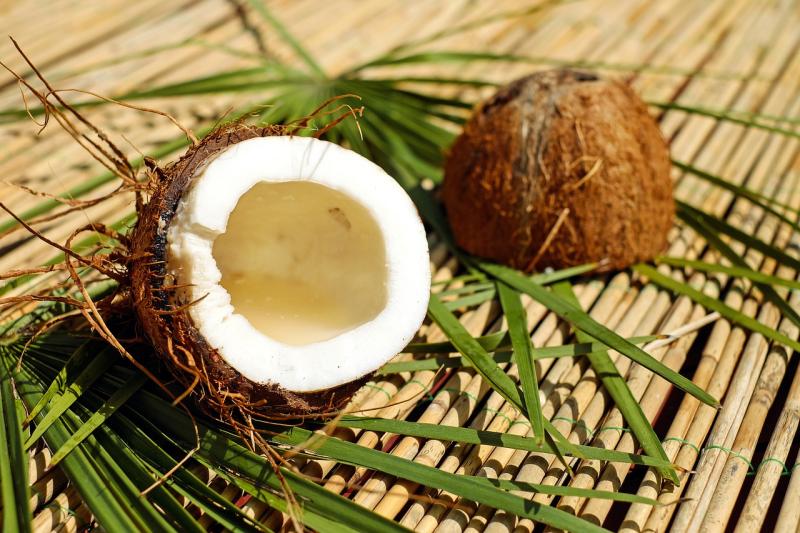 Coconuts are known for their great versatility, as evidenced by many traditional uses, ranging from food to cosmetics. They form a regular part of the diets of many people in the tropics and subtropics. Coconuts are distinct from other fruits for their large quantity of water (also called "juice") and when immature, they are known as tender-nuts or jelly-nuts and may be harvested for their potable coconut water . When mature, they can be used as seed nuts or processed to give oil from the kernel, charcoal from the hard shell, and coir from the fibrous husk. The endosperm is initially in its nuclear phase suspended within the coconut water. As development continues, cellular layers of endosperm deposit along the walls of the coconut, becoming the edible coconut "flesh". When dried, the coconut flesh is called copra. The oil and milk derived from it are commonly used in cooking and frying, as well as in soaps and cosmetics. The husks and leaves can be used as material to make a variety of products for furnishing and decorating. The coconut also has cultural and religious significance in certain societies, particularly in India, where it is used in Hindu rituals.