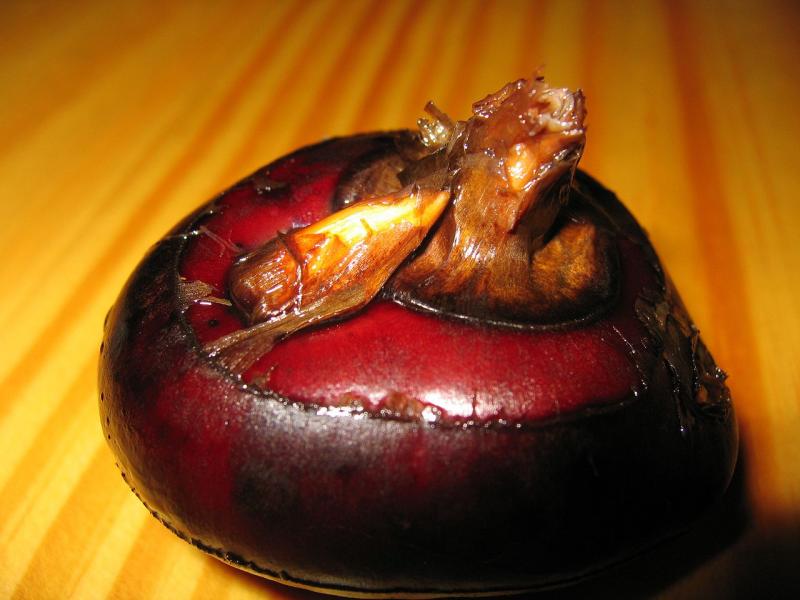 The water chestnut is not a nut at all, but an aquatic vegetable that grows in marshes, under water, in the mud. It has stem-like, tubular green leaves that grow to about 1.5 m. The water caltrop, which also is referred to by the same name, is unrelated and often confused with the water chestnut.
The small, rounded corms have a crisp, white flesh and may be eaten raw, slightly boiled, or grilled, and often are pickled or tinned. They are a popular ingredient in Chinese dishes. In China, they are most often eaten raw, sometimes sweetened. They also may be ground into a flour form used for making water chestnut cake, which is common as part of dim sum cuisine. They are unusual among vegetables for remaining crisp even after being cooked or canned, because their cell walls are cross-linked and strengthened by certain phenolic compounds, such as oligomers of ferulic acid. This property is shared by other vegetables that remain crisp in this manner, including the tiger nut and lotus root. The corms contain the antibiotic agent puchiin, which is stable to high temperature. Apart from the edible corms, the leaves can be used for cattlefeed, mulch or compost.
The corms are rich in carbohydrates (about 90% by dry weight), especially starch (about 60% by dry weight), and are also a good source of dietary fiber, riboflavin, vitamin B6, potassium, copper, and manganese.
If eaten uncooked, potentially, the surface of the plants may transmit fasciolopsiasis. 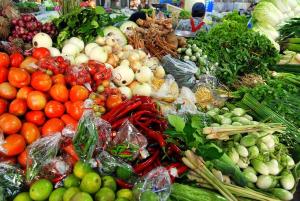